Ready or Not was her birth statement! 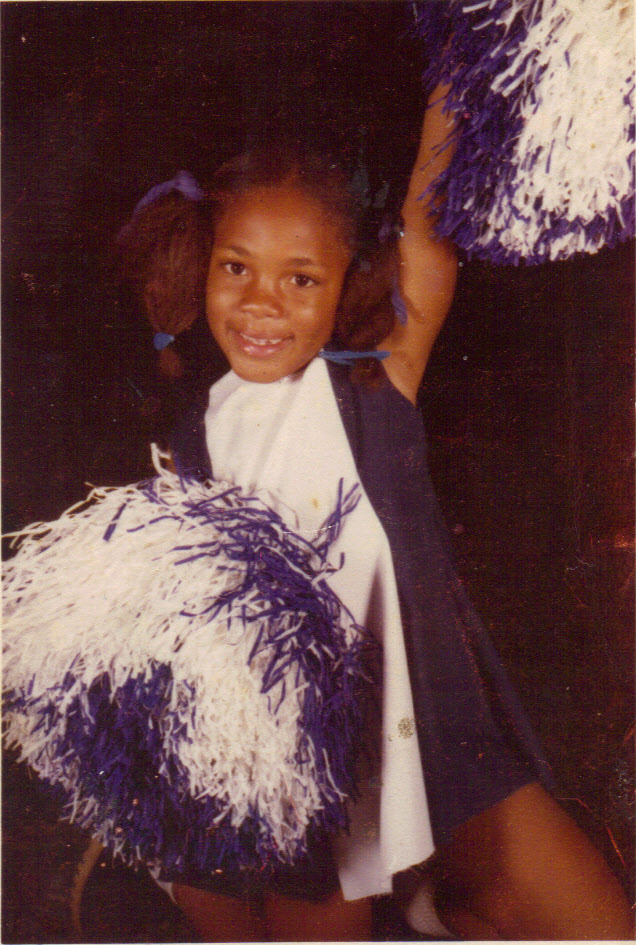 Delivered on the stairs of her home by her father, Stephanie has “done it her way” since birth.   Never an attention seeker, she learned to embrace the inevitable, being trust in the spotlight she sang her first solo at church at the age of 3 and was the cheer mascot at the age of 6.  Being the youngest and the only girl, people always pointed out that she was different. Accepting that she wasn’t meant to blend in, but stand out,  Stephanie learned to celebrate who she was at a very early age.

As a teenager, she was the “go-to-girl” for all of her friends problems (even hiding friends under her day bed when they needed to get away from home situations).  Exhibiting leadership skills as a teen, she earned the reputation as “bossy” and was often responsible for gathering neighborhood friends for talent shows, singing at the convalescent homes, and organizing after school events.  No matter the cause, Stephanie always tried to help others.   To this day, “you are not the boss of me!” is a common phrase used by many of her family and childhood friends, who still call on her for advice!

Obtaining her first professional position as an Operations Assistant at the age of 18,  (3 months after graduating high school), Stephanie put herself through college while working a full time job at a Los Angeles based engineering and construction management firm (just blocks away from the world famous Venice Beach).  While learning how to mask resumes, prepare RFP’s, write marketing plans, and make travel arrangements, she was also introduced to human resources.  The Office Manager opted to train her on how to field questions from employees who were located at various construction sites because the calls were often a distraction – for a 2 person office.   Stephanie soon became the  “official” office liaison between Corporate and the field employees and she loved it and thrived in her position!  She garnered experience in various human resources functions such as payroll and benefit administration.

Moves to Improve!
After several years of employment, Stephanie accepted another position in the human resources department as a Human Resources Administrator for a credit card processing facility where she was employed until moving to Atlanta at the age of 28.   Serving in a generalist capacity, Stephanie acquired  knowledge of all six functions of human resources (recruitment, safety, employee relations, compensation and benefits, compliance and training and development – which included coaching).  She also earned designations as a PHR (Professional in Human Resources)  and CHRM (Certified Human Resources Manager).

In her first Southeast position, Stephanie was hired as a Human Resources Manager with an Energy and Automation firm, where she was directly responsible for the college and university recruiting program for the entire  region.  A lover of education and understanding the value of keeping a competitive resume, Stephanie earned a third designation as a CCP (Certified Compensation Professional).   However, her competitive resume was no match for the dotcom boom (remember Cisco stock declined by 86% and Amazon.com stock went from 107 to 7 dollars per share?) At the age of 30, Stephanie found herself in an unfamiliar position – – unemployed.    Losing her position due to a layoff, she experienced two years of hardship and uncertainty, losing almost everything she had worked for up until that point.  While working a variety of  contract and temporary positions,  Stephanie wrote her first book, Why Should I Hire You?, a best selling career resources, while sleeping on a friends couch.

Deciding to become the creator of her work life and shape it instead of reacting to it, Stephanie started her first business enterprise.  She owned and operated a resume writing service.  A gifted resume writer, who lacked entrepreneurial acumen, this business failed  to be as prosperous as she had hoped. (side note to others, because you do something on your  job, it doesn’t automatically make it a great business venture).  Upon Graduation from the Women’s Economic Development Agency  (WEDA), Atlanta’s  Microentreprise Initiative for women’s entrepreneurship, Stephanie re-launched her second entrepreneurial endeavor, a part time Human Resources Consulting firm and embraced the new opportunities that were coming to her as an author and budding new speaker.  Realizing that she needed capital to to complete her new business model and goals, she accepted another position as a Human Resources Manager for an exhibit marketing corporation.  Shocked to find a 50+ year old organization with few compliance components in place, her boss told her, “he didn’t give a damn about her HR mumbo-jumbo” and she was ultimately fired for uncovering some bad business practices and forcing the hand of upper management in righting some wrongs.

[blockquote align=”right”]Always the social butterfly, full of excitement and curiosity! Since we were kids, she has exhibited  an entrepreneurial spirit. If the path did not exist she would blast through the rock creating her own path.  People have always gravitated towards her because  her  warmth, aliveness and ability to see the sunshine through the rain.