Home » Blog » Uncategorized » BUSINESS BASICS: What You Can Learn from Kim Kardashian

The other night, I was in a Facebook forum and  the topic was, yep… you guessed it!  Kim K. and her pregnancy. Everyone on the forum had an opinion about it – including me.  I think I ticked a few people off because I noted that jealously is perverted admiration.  While I’m not a Kim K. fan, I have certainly learned a thing or two from her.

It’s been said, you never get a second chance to make a first impression, but when your name is Kim K – who cares what you think?  Whenever Kim K’s name comes up, so the the topic of her infamous sex tape.  Truth is, sex tape or not, she was already in the Hollywood circles that many will never experience.

TIP:  People will always have an opinion, but don’t allow it to paralyze you!   DO YOU!

2.  YOUR NETWORK IS YOUR NET WORTH!

Kim Kardashin was BORN in Beverly Hills, CA.  That means something here.  Kim,  a preschool classmate of Paris Hilton (who introduced her to the socialite scene), grew up under the glare and privilege of Beverly Hills, getting an up-close view of Hollywood’s pleasures and pitfalls so her lifestyle did not begin with the “sex tape”.  Say what you want, but if you’re going to be part of a “social network”, I’d say it’s great (and smart) to be a part of is one saturated with money!

TIP:  Being in the right place at the right time, can get you in the company of the right people who can help you reach your goals.

The Kardashins are a “Hollywood” family.  Her father Robert Kardashian was part of the legal team that helped O.J. Simpson prevail in the Nicole Simpson murder case.   Her mother is married to Bruce Jenner who most us know as a gold medalists from the 70’s, but few of us know his company, Bruce Jenner Aviation, sells aircraft supplies to executives and corporations (did you hear the dollar signs?).  Jenner was also the business development vice president for a staffing industry software application known as JennerNet, which was based on Lotus Domino technology.  Taking all of this in, her father had a successful career and so does her step-father, so success was bound to be part of her life.

TIP:  If you get a taste of success and don’t eat it up, you have no one to blame but yourself!

It never fails, people always say, “what is Kim K. famous for?”  Well, let me share a few things besides the obvious.  Kim started as a personal assistant to the stars and smartly marketed herself making more success and fame out of magazine photo layouts and television programs that came her way.  KimsAPrincess LLC, is but one of her entities.  Now a model, actress (see filmography), and entrepreneur (clothes, shoes, perfume, etc.), socialite and a renowned television personality (who gets paid to be herself on TV), Kim has made a name for herself and a slew of money comes with the name!  One thing I learned while writing this blog is Kardashin’s mother routinely cuts them off the family money at the age of the 18.  (Who woulda thunk?…lol)

TIP:  With multiple streams of income, comes multiple opportunities for reaching your goals.

While it seems that marriage is not her strongest point, she continues to give it a try.  In 2000, Kardashin married music producer Damon Thomas.  In  2011, she married Kris Humphries and she is rumored to be heading to the wedding chapel with Kayne West as soon as she gets unmarried.  The point is, she has not given up on love!  Sometimes in business and in relationships we allow one bad experience to stop us from going forward with “the same thing” that we once saw as the prize.  Even after failing at marriage, she is still willing to try it again.

6.  EVERYTHING IS FOR SALE

Except space on her website!  I went to her site and noticed ad space on her page is full of her own products (things that make go, hey, I can go that too).  This is a smart business move.  Many people sell space to make money.  Kim K. is using her space (and influence) to make money.  Sure someone travelled to her site to see her latest gossip or photo, but got hit with bright shiny objects.  Kim’s site gives you a direct link to her product.  #Brilliant

TIP:  Your website and the space on it is prime real estate for upselling opportunities.

Kim K. is everywhere (and so is her brand) I’m one of those people who believes “people do business with people they know, like and trust!”  I also believe there is an exception to every rule.  On average, most people claim not don’t “like” Kim Kardashin, but they somebody is doing business with her! Her net worth is $40 million . Kardashian’s official website, KimKardashian.com, gets 40 million page views a month, making it the fastest growing celebrity blog on the web.

TIP:  Social media when used correctly keeps your brand in the forefront.

Well..okay…she calls herself a princess… but the point here is engagement.  Kim’s official website is updated daily and includes
frequent blogs from Kardashian, her appearances in the press, beauty tips and relationship advice. Kim Kardashian also has over 5 million followers on Twitter and 2.5 million friends on Facebook! She updates her Twitter and Facebook pages daily and enjoys an amazing connection to her fans.

TIP:  It’s not enough to “have” social media sites, you must also be “active” with social media.

An active philanthropist, Kim supports the “Skin Cancer Foundation”, “Diamond Empowerment Fund”, and the “Mattel Children’s Hospital”. When not working, Kardashian gives her time to charitable causes.  She is a Dream Foundation ambassador which grants last wishes toterminally ill adults and does regular sales on Ebay to generate donations for the charity. She also recently completed PSA’s about thepolitical plight in Burma and Breast Cancer awareness and also participated in a photo shoot promoting the “Until There’s A Cure”bracelet dedicated to eradicating HIV/AIDS by raising awareness and funds to combat the pandemic.

TIP:  Give and it comes back to you (that’s a Biblical principal, not a Kim-ism).

10.  WHEN YOU ARE A PUBLIC FIGURE, YOUR FIGURE IS PUBLIC.

Kardashin gets paid “to be seen”.  Point blank…people like to see her and she is constantly giving the public a view. One thing the media loves about Kim K. is her body.  Whether you like her or not, she is being paid to stay in shape.  Quoted ON THE COVER of  Shape Magazine saying. “I will never be one of those skinny girls”, she has proven that curves are still part of the American fabric and it’s a an all time best seller!

TIP:  People will always find a reason to dislike you, your appearance doesn’t have to be one them.

Love or hate Kim Kardashian, she has something most people want…money, fame, and someone who loves her! 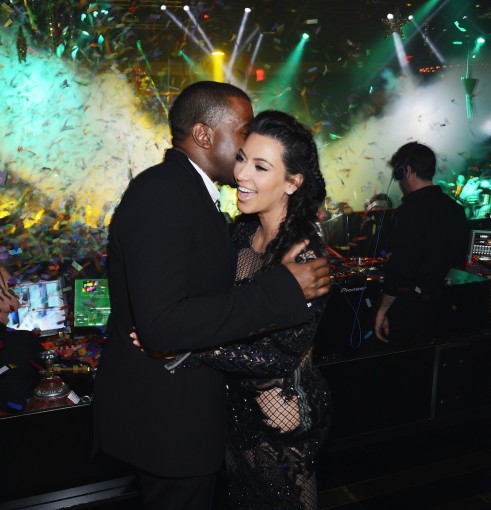 Previous: 10 reasons I’m kicking myself in the butt
Next: You can find inspiration anywhere…if you really want to be inspired!